There is not a day, a month, or a year of acknowledgement that could illustrate the impact Black History has had on this nation and this world. Through struggle to triumph, the Black community has paved a way, continually producing the finest of wines from the worst of spoils. We honor this legacy of brilliance, innovation, and fortitude. Though there is not enough thanks to give, we would still like to highlight and salute some of the Black minds that have helped inspire the Stauffer team, our work, and industry.

Whether through innovative prowess, scientific genius, and/or aesthetic brilliance, here are a few of many Black names that have forever changed our world:

An American computer scientist and inventor. In 1965 he became a founding member of the Computer Science division at Hewlett-Packard (HP), leading a team to create one of HP’s first minicomputers. HP would go on to become the worlds leading PC manufacturer. Roy Clay Sr. continues to innovate and inspire as the Chief Executive Officer of ROD-L electronics, specializing in the development of electrical safety equipment.

A brilliant mathematician and programmer. Among her many accomplishments, using complex algorithms, West programmed an IBM 7030 Stretch computer to deliver precise calculations to model the shape of the Earth. West’s model ultimately became the basis for the Global Positioning System (GPS).

A visionary and inventor. Croak holds more than two hundred patents, with over one hundred related to voice over Internet Protocal (IP). She was an advocate and a leading voice behind the switch from wired phone technology to IP, a switch that has completely changed our social interactions. Croak has helped redefine how we communicate, and she continues to create, lead, and inspire as Google’s VP for Engineering.

An American graphic designer, writer, and educator. She is known for her typographic skill, hand-lettering and poster design. She has created visual masterpieces while working with The School of Visual Arts, Rolling Stone, and other theater organizations – including Broadway. Among her many works, Anderson designed the 2013 Emancipation Proclamation US postage stamp. She has written books to expand the understanding of graphic design, and she continues to shape the world of graphic design as a pioneer, teacher, and creator.

An American painter, illustrator and visual arts educator. A prominent figure in the Harlem Renaissance, he developed his art career painting murals and creating illustrations that addressed social issues around race and segregation in the United States. Through his African-centric imagery, he gave Black people in America another style to call their own. Through his involvement with the Harlem Artists Guild Douglas set the stage for young, African-American artists to enter the realm of public arts.

Stauffer can help you navigate security considerations on your digital systems. 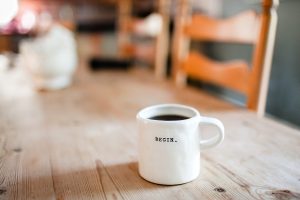 Does Your Web Design Successfully Tell Your Brand Story? 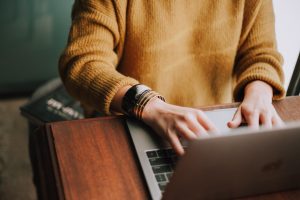 What is WCAG and 4 Reasons Why Businesses Should Care 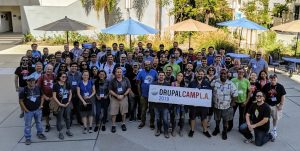